Hydro power is typically associated with big rivers, bigger dams and huge reservoirs — not something the selfbuilder normally contemplates. But that does not have to be the case.

Is hydro power a realistic solution for individual homes? 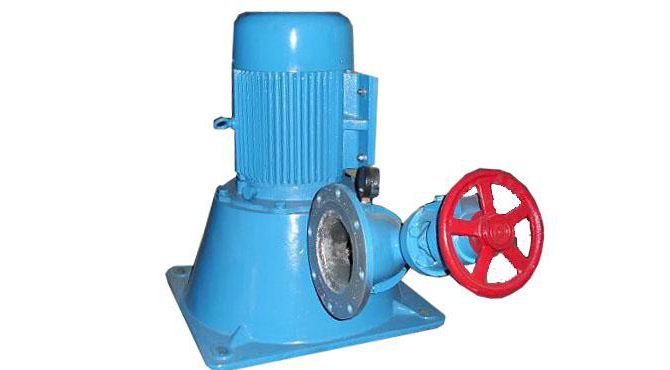 Micro hydro technology is available that lets the individual homeowner (with a stream) generate their own power. Consider this: a hydro turbine of just 500W will produce enough electricity through the year to meet the annual consumption of an energy-efficient home. You could pick up and carry a turbine that size with one hand.

The key question is: how big does the stream have to be? And in this the issues are ‘water head’ – the vertical distance between the highest and lowest points of the stream – and ‘water flow’ – the amount of water passing a point, measured in litres per second. 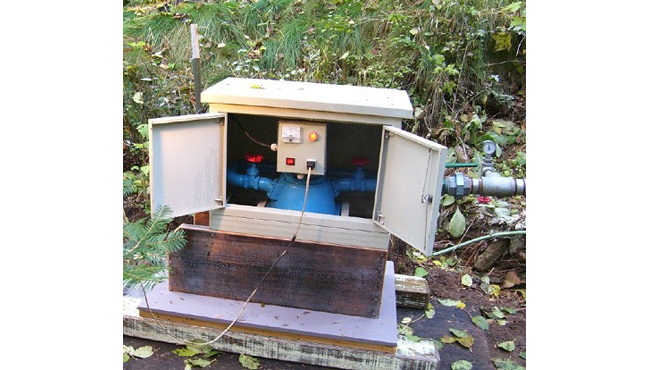 The Costs of a hydro power turbine installation

The cost of a hydro power turbine installation varies enormously from site to site. The biggest influence on price is the terrain — the size of the stream, its steepness, the landscape, trees, depth of soil and so on. To give an order of magnitude, a ‘typical’ 1kW hydro turbine system will cost something in the region of £10,000 to £20,000, but in reality there is no ‘typical’ site. The size of the hydro generator ( 1kw hydro turbine generator, 2kW hydro turbine, etc) will only have a small effect on cost.

The installer will also be an issue and therein lies perhaps the biggest problem. In short, there is a shortage of supply. The bigger companies are not interested in projects of less than 5kW capacity – they can’t charge enough – and the small companies have so much work that some are booking projects two years in advance.

The problem is beginning to be addressed with training courses for potential installers springing up. It seems that it is finally being recognised that areas such as Wales, Scotland, and the Peak and Lake Districts have excellent potential for small, low-cost hydro systems.

Although a 1kW hydro turbine will produce almost twice as much electricity as will be used over the year, it will not produce enough at any one time to even boil a kettle. The maximum output is 1kW and a kettle could be 3kW. The answer is usually to either sell the excess electricity to the grid, and buy back what you need, or store it in batteries.

A battery bank will add to the capital cost: batteries need storage space, maintenance, have a shorter life than the hydro turbine and present a disposal problem. So grid connection is generally the option taken. There is also a cost benefit to using the grid which legislation planned for 2009 will improve. The current position is that the local power company is keen to buy electricity from zerocarbon sources. Scottish & Southern, for instance, are currently offering 18p/kWh for electricity from hydro installations, while they sell it back at around 14p/kWh. A 1kW turbine will produce around 8,000kWh per year (the average house will use about 5,000kWh per year). The electricity sold to the grid is worth £1,440 and the electricity bought costs £700. Next year’s legislation may mean that all generating companies will have to offer a similar price.

A stream, of any size, is an ecosystem to itself and it would be damaging, not to say unlawful, to divert all the water to a hydro turbine. The proportion of water that is safe to use will vary with the type and condition of the stream. In all cases the Environment Agency must be consulted as it will have the say as to what can and cannot be done. Hydro turbines do not introduce any pollutants, but it may be that your stream supports particularly sensitive fauna and you cannot take much or any water.

The Key Benefits of Hydro Turbine

A very high efficiency (70-90%)— the best of all renewable technologies
A high level of predictably, varying with annual rainfall patterns
Hydro systems last for 50 years or so — much longer than comparable technologies

So Why Isn’t It More Popular?

So why are we not all doing it? Most obviously because we don’t all have a stream. Less obviously, because most people with a stream think that: a) it is not big enough or b) hydro power will be too expensive. Whether the stream is big enough or not can only be established with a site survey. That may cost £300 or £400 but could be a very worthwhile investment.

Is it too expensive? One way of looking at it is that a £20,000 investment in a 1kW turbine installation will fix the price of your electricity at around 8p/kWh for the next 30 years. In addition, you will add that value to your property, be immune to energy price fluctuations and save a whopping 103 tonnes of CO2.

Some people also ask: How much is a water turbine? The cost of 1kw hydro turbine, 2kW micro hydro power turbine is not as high as we think. You need to pay for the hydro turbine generator and installation. The actually cost of hydroelectric power installation is not very high as you think, you can come to the water site to measure the waterhead and water flow. When you have the measurement data of waterhead and water flow. We calculated the right sizes of hydro turbines, The total cost is around US$3,000.00 to US$5,000.00

You will have electricity around 8p/kWh for the next 20-30 years. So, the Cost of micro hydro electric power system is not that much as you save the money in the long time run.