1. What is Micro Hydro Power?

Simply defined, hydroelectricity is the type of electric energy that is harnessed from the water.

The turbines, on the other hand, convert the water the kinetic energy in the water to rotational energy.

This energy is then transferred to the hydro generators where it is finally converted to electricity.

The electric energy is transported on cables to the final load or where it is needed by the final users.

So, why do we call it Micro hydro power?

Micro hydro electricity is a type of hydroelectric power that generates power ranging between 5kW to 100kW.

However, it can also be used for some industrial use.

Most households and even businesses install micro hydro electric power to be an alternative source of electricity.

Probably they want something that is cheaper, self-sufficient and more reliable.

Is hydroelectric energy a new thing?

This is one question that you may be asking yourself.

People have been utilizing water to generate energy for ages.

However, this energy was only in mechanical form.

They were using water turbines to run grain mills, and irrigation pumps.

2. Finding the Energy Capacity of a Micro Hydro Power

We have stated that a micro hydroelectric power plant has a power capacity of between 5kW to 100kW.

How can I know about the capacity of my micro hydro generator kit?

Getting the wattage is not a complicated procedure.

You simply need to multiply the value of the head by that of flow( gallons per minute).

Divide the results by a factor of 12.

High-head micro-hydroelectric power have a head of more than 10 feet.

They mostly depend on the Turgos and Pelton Turbines.

Low-head hydroelectric power sites have the head of less than 5 feet.

They tend to have shorter pipelines as compared to their high-head micro hydroelectricity power sites.

Here are the main components that make up a complete micro hydropower system:

The intake is strategically located to allow water from the stream into the power system.

Apart from just allowing water, intake screen stream prevents solid waste and debris from getting into the pipeline of the micro hydro system.

A penstock is a pipe that transports high-pressure water from the intake stream to the turbine.

It also has a mesh to filter solid particles from getting inside the pipe.

Water from the penstocks hit the hydroelectric turbine.

In doing so, it makes them rotate.

The turbines convert the mechanical energy in water into rotational energy. 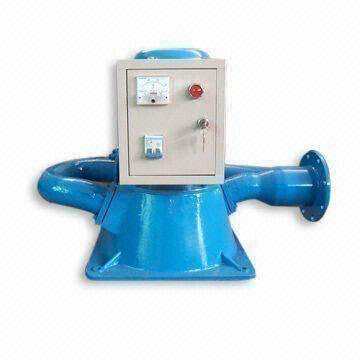 The generator converts the kinetic energy from the turbines into electrical energy.

This electrical energy is ready to be used for various purposes.

For some people, they would prefer to add batteries to their hydroelectric systems.

These batteries are used for storing excess electric energy.

This is usually the case for those who want off-grid power.

You need to know the specifications of micro hydroelectric generator for sale.

3.Why Use Micro Hydro Power?

Are there any advantages of micro hydropower?

What are some of the benefits that I will enjoy from installing micro hydropower systems for sale:

Do you know that micro hydroelectric system is a renewable energy source?

It is in the same league as wind and solar energy.

Streams and rivers are the ones that are responsible for the generation of energy.

The fact that water is always available means that we can confidently put micro hydroelectric system under this category of renewable sources of energy.

Micro water turbine does not require a lot of water to run.

Just a small stream or river is enough to produce adequate poer that is needed to run a home.

A stream whose water level is about two feet qualifies to be a micro hydroelectric site.

The only requirement is your home needs to be close to this water source so as to facilitate efficient transportation of energy.

It will help you to save money.

First of all the water from the stream is freely available.

This means that you won’t deal with the recurrent energy bills.

The only thing that you will deal with is the installation cost.

From there you will be getting electric energy for free!

Maybe you will only be incurring some amount on maintenance of the micro hydropower plant.

Just like other sources of energy, micro hydropower systems are divided into different types.

With these systems, the surplus energy is stored in the batteries.

The stored energy will, later on, be used in case of an outage or a deficiency of power supply.

The amount of hydro energy stored is determined by the capacity of the battery.

This type of water turbine generator does not have batteries.

Instead, the surplus energy is channeled back to the grid.

Sometimes you may get energy from the grid in case your hydro generator kit is not supplying adequate energy.

This is the most common micro hydroelectric system configuration.

The power plant is not connected to the main grid.

However, it has a battery that provides backup energy.

This type of configuration is common on large AC hydro generators.

It is not used on micro hydro systems that generate less than 2kW of power.

You have made up your mind.

To get the best hydro power system for sale.

But, before doing that, there are vital things that you need to consider.

Here are some of them:

-The head: Distance between intake and hydro turbine

-The flow: Number of gallons per minute

-The length and diameter of the pipeline between intake and turbine

-The distance between the hydro generator and the load.

So, what can my micro hydro power system do?

A small hydro generator can be used for light functions such as running a fridge, lighting and powering other common home appliances.

Does your hydro system have sufficient head?

You can use it for commercial use.

It is capable of running a ranch, small factory among other commercial installations.